Ajuka Beelzebub (High School DxD) can use his Kankara Formula to modify other demonic powers, changing their shape, direction, and potency.

The user can alter, interfere with, or modify other powers, allowing them to change the function of an ability in some shape or form, such as turning Enhanced Strength into Enhanced Speed.

In many cases, this can extend into creating advanced modifications and variations of said powers.

...allowing him to both see the Ray Field Plague...

...and the Conduit Gene.

Hansode Shiranui's (Medaka Box) skill, Real Eater, allows her to eat and alter the properties of other skills... 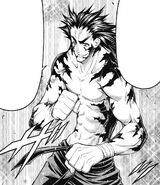 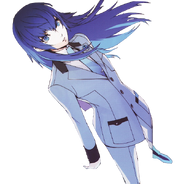 With her new Persona Amatsu Mikaboshi, Naoto Shirogane (Persona x Detective Naoto) can fine-tune other Persona abilities, either by amplifying their effectiveness or reducing them.
Add a photo to this gallery
Retrieved from "https://powerlisting.fandom.com/wiki/Power_Modification?oldid=1516130"
Community content is available under CC-BY-SA unless otherwise noted.