When Simon (MisFits) took ecstasy his power reversed and his eye showed his ability's reversal.

Reverse your or someone's power.

The power to change one power to another with the opposite effect of the original power. Sub-power of Superpower Manipulation.

The user can change any power to its inverse. This can be used to weaken incredibly powerful beings or enhance weaker ones.

When afflicted with the common cold, Heatblast's (Ben 10) powers are reversed, giving him Ice Manipulation instead of Fire Manipulation.

As a "reverse" Kryptonian, Bizarro (DC Comics) has reversed versions of Superman's powers,

...such as Fire Breath instead of Ice Breath...

...Freeze Vision instead of Heat Vision...

...spotlight vision instead of X-Ray Vision...

...and X-Ray hearing rather than Enhanced Hearing.

Agent Zero (Marvel Comics) can secrete a powerful corrosive that directly attacks an opponent's Regenerative Healing Factor, causing it to reverse itself and make the wounds worse the more the opponent's body tries to heal.

Revealing Mirror (Xiaolin Showdown) can reverse the powers of any Shen Gong Wu. 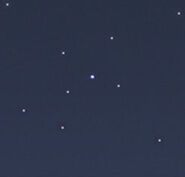 SCP-001 - Past and Future (SCP Foundation) is an extraterrestrial species capable of reversing the powers and effects of numerous SCPs through advanced reality warping technology, including...