"What powers did your brain give you?"
"Look, you're talking to the guy that was demoted from the youngest reading group"
― Milhouse Van Houten and Bart Simpson (The Simpsons)

The circumstance in which one is completely powerless. Opposite of Complete Arsenal.

The user are at a permanent state complete and absolute powerlessness rendering them incapable of power or potential for power at all, users can be so powerless that even the most mundane actions are impossible, and even a simple attack on them would be a threat to their lives forever wondering with the burden of life.

Users are immune from specific abilities such as superpower manipulation and its variations because they have no powers at all, but are legitimate victims from other forms of powers that can threaten their very lives.

Not having powers is not the same as being powerless. Users of this power either lost the powers they once possessed or are considered below average even against others without powers.

Fire Lord Ozai (Avatar: The Last Airbender) once had incredible power especially during the time of Sozin's Comet, proclaiming to have all the power in the world...

...until Avatar Aang used his new found ability to manipulate energy to strip him of Bending making Ozai completely powerless to the point where he couldn't even stand.

When Yhwach (Bleach) was an infant, he was completely lacking in power in that he cannot move, see nor hear... 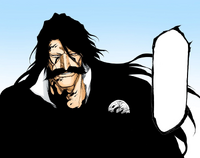 ...and should Still Silver makes contact with his blood, he loses all his powers for a brief moment.

Reynard (The Magician) the trickster god was stripped of his power and magic by his mother Persephone forever banished to rot for what he did to her followers.

King (One-Punch Man)
Add a photo to this gallery
Retrieved from "https://powerlisting.fandom.com/wiki/Powerlessness?oldid=1695360"
Community content is available under CC-BY-SA unless otherwise noted.