"I do so love a functional accessory."
― Rarity (My Little Pony: Friendship is Magic)

The power to obtain powers through accessories. Variation of Powers Via Object.

The user has access to an accessory that grants them supernatural powers, these can be magical accessories of great or destructive power, or technological accessory. If the user already possesses supernatural abilities, the objects are mostly meant for letting them access and/or enhance their powers or grant them new abilities. 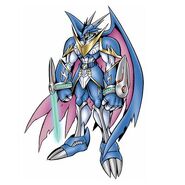 Ulforce V-Dramon (Digimon) can form an energy blade and shield from the bracelets it wears. 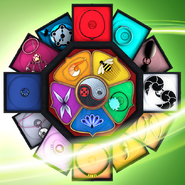 The Orpheus Ring (Phi Brain) allows one to use there area of the brain use for emotion to increase their intellect and subsequently makes them a master of solving puzzles.

Charisma logic in games - Charisma Ring
It's amazing what a ring of charisma can do!
Community content is available under CC-BY-SA unless otherwise noted.
Advertisement