Jean Pierre Polnareff's Stand, Silver Chariot (JoJo's Bizarre Adventure) was an incredibly agile fighter as it attacked enemies with a barrage of sword slashes and thrusts before they could even react.

Land precise strikes on an opponent or object.

" Look for a weakness to exploit, then strike them down like a relentless falcon without mercy or hesitation."
― Davos (Marvel Cinematic Universe)

The power to land strikes on an opponent or object with immense accuracy. Variation of Enhanced Strike.

The user can land accurate strikes on their opponents, allowing them to damage exactly whoever and whatever they want. They can hit the smallest point on an object or enemy to deal significant damage.

Sōsuke Aizen (Bleach) is a master swordsman who excels in precision.

With the utmost control, Kyou Kai (Kingdom) kills Jo Shou with an incredible display of precision while using her Priestess Dance. 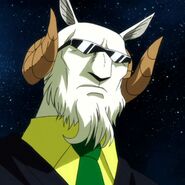 Capricorn (Fairy Tail) can land quick and precise punches on his foes.

...the vital areas of his opponents with precise high-speed thrusts.

..., counterattacking a tag-team attack from Ri Shin and Ou Hon as he targets their valuable spots...

Kitari (Kingdom) displays her Mera Clan's style of swordsmanship as she cripples Bunen with deadly precision.

With tremendous skill and dexterity in Iaidō, Mifune (Naruto) perfected his swordsmanship to the point of killing enemies without directly drawing blood on his blade.

Vergil's (Devil May Cry) Dark Slayer Style incorporates the superior precision of Iaijutsu.
Add a photo to this gallery
Retrieved from "https://powerlisting.fandom.com/wiki/Precise_Strike?oldid=1733077"
Community content is available under CC-BY-SA unless otherwise noted.