"You've mastered a dead tongue. But can you handle a live one?"
― Groundskeeper Willy (The Simpsons)

Yoshi (Super Mario) extends its tongue to grab things into its maw.

Gelt (Marvel Comics) can also extend his tongue at will, for instance, he demonstrates this when trying to devour a Squirrel. 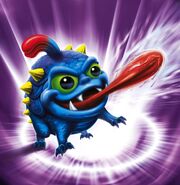 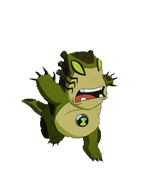 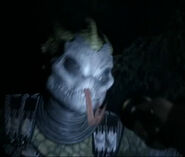