Strike from a distance by generating with a wave of pressure.

The ability to attack a target at a distance through raw pressure. Sub-power of Pressure Manipulation. Variation Enhanced Strike and Razor Wind.

The user can strike from a distance by generating with a wave of pressure/shockwave/vacuum.

Rankyaku users (One Piece) can a create a blade of wind by kicking with pure strength and speed. 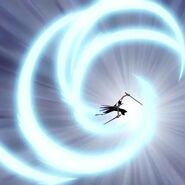 Zoro (One Piece) can create a blade of wind with his swordsmanship and raw strength.

Negi and Hinata Hyuga (Naruto) collaborated to use the Eight Trigrams Vacuum Wall Palm Jutsu to generate a wave of pressure.

Izuku Midoriya (My Hero Academia) can generate a strike of pressure by flicking a finger while he channels 'One For All' through it.
Add a photo to this gallery 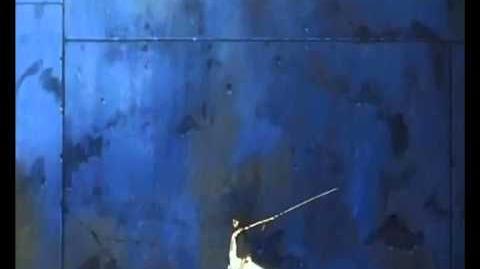 Kenpachi cuts a building
With his raw strength and spiritual energy, Kenpachi can slice a building without even making contact. 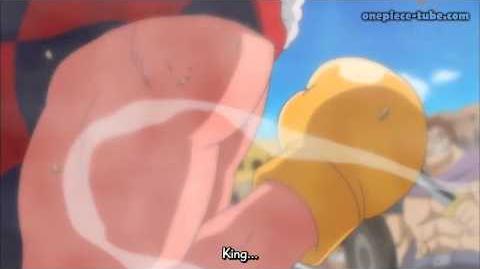 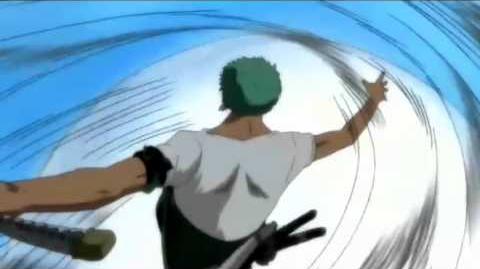 Zoro - Ittoryu Sanjuuroku Pound Hou
The pressure from Zoro's 36 Pound Cannon, is strong enough to knock away hundreds of arrows. 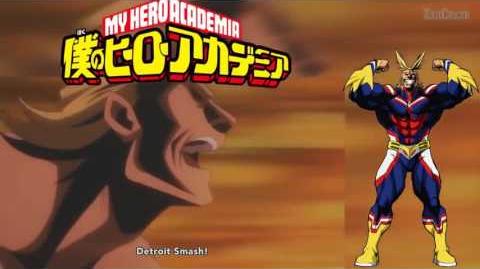 All Might Detroit Smash Epic moment from Boku no Hero Academia My Hero Academia
The force of All Might's punches are strong enough to create enough wind pressure to change the weather. 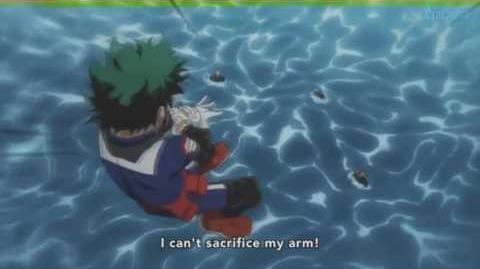 Boku no Hero Academia
By channeling 'One For All' throughout his fingers, Izuku can create a pressure strike strong enough to blast a hole through the water.
Add a photo to this gallery
Retrieved from "https://powerlisting.fandom.com/wiki/Pressure_Strike?oldid=968830"
Community content is available under CC-BY-SA unless otherwise noted.