With her Spirit Wave fighting style, Genkai (Yu Yu Hakusho) is able to manipulate her cells when she exerts full power, allowing her to revert to her 20's.

Change one's age to a time of their physical and supernatural peak.

The ability to accelerate or reverse the age of one's body to the point where they are at their strongest. Variation of Super Form.

The user can either accelerate or reverse the aging process of themselves placing them to the point where they are at their prime. Their supernatural powers and physical condition are drastically increased as well as eliminating the negative effects of age. Some users may gain new abilities if they age to their older self rather than those who regress to their younger self.

Due to her broken mask, Nelliel Tu Odelschwanck (Bleach) was mostly stuck in a a weaker child form...

...but could temporarily revert back to her true adult form if she had to.

After being turned into a child by Ultimate Shenron, Goku (Dragon Ball GT) is able to return to his adult form whenever he becomes a Super Saiyan 4, allowing him to once again use all of his abilities, like Instant Transmission, to their full potential.

In her Tokinokitara Kaihou form, Chronoa (Dragon Ball Heroes) unleashes the Power of Time to assume an older appearance, granting her full control over time itself.

After her Third Origin was awakened, Sherria Blendi (Fairy Tail) was able to utilize her full future potential power as well accelerating her age to adulthood in exchange for never being able to use magic again.

After being consumed with extreme rage, Gon Freecss (Hunter × Hunter) assumed an adult form, enhancing all of his abilities. 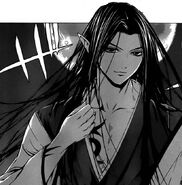 While he normally remains in the form of an old man to preserve his strength, Touhou Fuhai (Rosario + Vampire) is able to return to his younger self to release his true power. 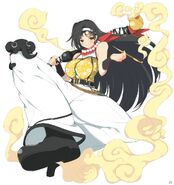 Using her Shinobi Transformation, Sayuri (Senran Kagura) returns to the form of her physical prime, Jasmine, at the cost of some of her lifespan.

Whenever Genkai (Yu Yu Hakusho) uses her Spirit Wave she is able to revert herself to early 20's. In this state, Genkai is at her most power, able to fire a Spirit Gun at such power to where it is able absolutely destroy massive boulders and cut clean through a row of trees.
Add a photo to this gallery
Retrieved from "https://powerlisting.fandom.com/wiki/Prime_Form?oldid=1607992"
Community content is available under CC-BY-SA unless otherwise noted.