Deathwing (World of Warcraft) is one of the eldest/strongest dragons that ever existed, literally wreaking havoc on the entire world upon its return.

Use the traits of ancestor of Dragons

Ability to use the abilities of ancestor of all dragons. Variation of Dragon Physiology. 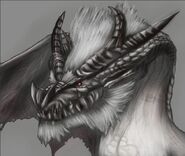 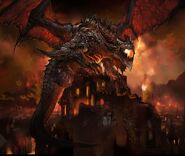 Glaurung, the Father of all Dragons of Middle-Earth
Add a photo to this gallery
Retrieved from "https://powerlisting.fandom.com/wiki/Primordial_Dragon_Physiology?oldid=468960"
Community content is available under CC-BY-SA unless otherwise noted.