"I'm the only one that has any pull here. Not Heaven, not Hell, not G-O-D himself."
― The Shadow (Supernatural)

"Everything is nothing!"
― Ralph Wiggum (The Simpsons)

The power to manipulate the primal nothingness. Advanced variation of Nothingness Manipulation.

User can create, shape and manipulate nothingness of an ancient primordial nature, or the nothingness that existed before the existence of the universe or all of reality itself. 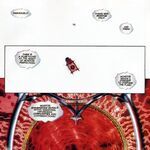 The Overvoid (DC Comics) is the emptiness that encompasses all of totality as it is the void beyond all voids, predating any/all concepts, including beings such as Mother Night.
Add a photo to this gallery
Retrieved from "https://powerlisting.fandom.com/wiki/Primordial_Nothingness_Manipulation?oldid=1655488"
Community content is available under CC-BY-SA unless otherwise noted.