Various Angelus and Darkness Hosts (Top Cow Comics) have been chosen for battle.

Possess a symbiotic relationship with a primordial being.

The power to gain powers through a symbiotic relationship with a primordial being. Variation of Symbiosis.

The user can gain powers through a symbiotic relationship with a primordial being. The host can absorb the supernatural energy/force of a primeval aspect or manifestation or even act as a host for the actual prototypal being.

Caleb (Buffy the Vampire Slayer) has a very strong bond to the First Evil, allowing him to merge with it and gain superhuman strength and endurance. 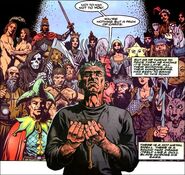 Yivo (Futurama: The Beast with a Million Backs) grants favors to those who live with him. 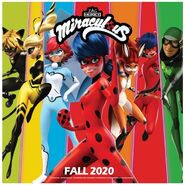 Miraculous Holders (Miraculous: Tales of Ladybug & Cat Noir) attain power being bonded with the primordial kwamis.
Add a photo to this gallery
Retrieved from "https://powerlisting.fandom.com/wiki/Primordial_Symbiosis?oldid=1514237"
Community content is available under CC-BY-SA unless otherwise noted.