project images from the minds of other beings/oneself into reality

The ability to project images from the minds of other beings/oneself into reality. Sub-power of Mental Projection.

The user can project images from their own mind or others and manifest them as material in reality. The user can literally bring nightmarish thoughts to life and bring mental-based fantasies into reality. 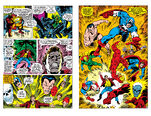 During the Kree/Skrull War, Rick Jones (Marvel Comics) once tapped into the power of the Destiny Force and summoned forth images from his imagination. 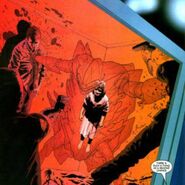 Tildie (Marvel Comics) ,a former mutant girl, had the ability to cast monsters from her nightmares into reality.

John Torkelson (Valiant Entertainment) is a crippled man with the mental ability to project a solid psychic projection around himself. 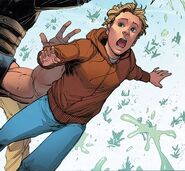 Titan (Valiant Entertainment) can project a dangerous kaiju like monster that he has no control over when frightened...

...which ranges in size with every release going from colossal....

...to monolithic proportions in scale and ferocity, godzilla threshold indeed.
Add a photo to this gallery
Retrieved from "https://powerlisting.fandom.com/wiki/Psionic_Image_Projection?oldid=1398939"
Community content is available under CC-BY-SA unless otherwise noted.