As a Kiffar and one of the most skilled at it, Quinlan Vos (Star Wars Legends) often used Psychometry, which made him an expert tracker and perceiving others' memories when touching objects he had contacted.

The power to perceive the residual information of an object and/or person. Sub-power of Detection. Variation of Extrasensory Perception.

The user of psychometry obtains historical memories or sensations concerning beings and objects they observe. With objects, they gain knowledge including the makers, users, and even those who have on passing used the object, and what has been done with it. With living beings or parts of the body, the user learns their general life-history but doesn't gain anything of what they were thinking or feeling.

Cisco Ramon/Vibe (Arrowverse) could access events from the past, present, and future by touching an individual or one of their personal possessions. 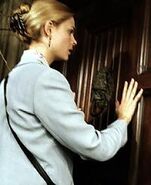 Pam Asbury (Rose Red) getting a read on a haunted house.

Tsukishima (Bleach) can learn about other people's history by cutting them with his Fullbring - Book of the End. 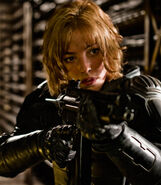 Aro (Twilight Series) has the ability of Tactile Telepathy.

Sniffers like Emily Wu (Push) are able to monitor and track someone's movements by "sniffing" objects.

Ignatius Perrish (Horns) can learn a person's identity and their most gruesome actions simply by touch. 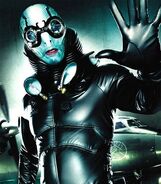 Abe Sapien (Hellboy: the Movie) is adept at the use of this ability.

Eric Draven (The Crow) using this ability to recall moments of his past life...