Due to his pure heart and simple nature, Monkey D. Luffy (One Piece) is the first man in the entire world who can easily ignore Boa Hancock's seductions.

Otohime (One Piece) is a very compassionate person, who is able to convince even a highly despicable and callous World Noble Celestial Dragon to see himself as a mere human.

Ma-Ti Captain Planet and the Planeteers 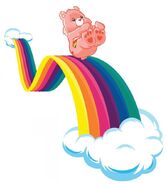 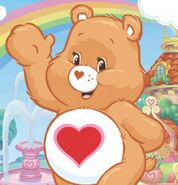 True Heart Bear (Care Bears)
Add a photo to this gallery
Retrieved from "https://powerlisting.fandom.com/wiki/Pure_Heart?oldid=1341801"
Community content is available under CC-BY-SA unless otherwise noted.