The Goddess Clan (Nanatsu no Taizai) has power over many purifying techniques.

The power to manipulate the powers of purification and cleansed hearts. Sub-power of Morality Manipulation and Benefic Force Manipulation. Opposite to Corruption Manipulation.

The user can create, shape and manipulate the powers of purification to take a variety of effects on themselves or others. 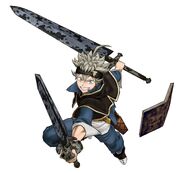 Asta (Black Clover) can use his Anti Magic to purify various curse effects like poison and possession.

The Jinsei Chamber (Mortal Kombat) can heal and purify those in its presence, though it is vulnerable to corruption.
Add a photo to this gallery
Retrieved from "https://powerlisting.fandom.com/wiki/Purification_Manipulation?oldid=1357435"
Community content is available under CC-BY-SA unless otherwise noted.