Mighty No. 1 - Pyrogen (Mighty No. 9) is a powerful Mighty Robot that can generate fire around himself into flame armor and create damaging explosions.

be a robotic being with pyrokinetic capabilities.

The ability to posses the physical body of a robot with fire/heat-based abilities. Combination of Bionic Physiology and Fire Mimicry. Variation of Plasmo-Mechanical Physiology.

The user is or can transform into a robotic being that combines technology with the element of fire, giving them a wide range of fire/heat-based abilities. 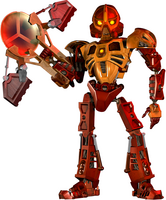 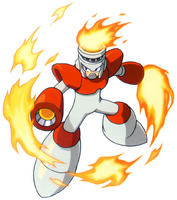 Fire Man (Mega Man) is a robot created by Dr. Light that is able to wield flames that can reach 7000-8000 degrees. 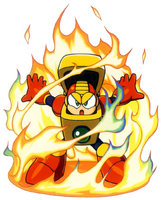 Heat Man (Mega Man 2) is a combat Robot Master created by Dr. Wily based on Fire Man's design. He can produce highly compressed nuclear energy, which can be charged to produce bursts of fire at temperatures of up to 12,000 degrees Celsius (21,632 degrees Fahrenheit). 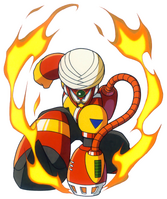 Flame Man (Mega Man 6) is capable of generating great amounts of heat and use it as a power source, giving him more stability than solar powered robots.

Burner Man (Mega Man & Bass) can produce a special type of gas and releases green flames from his head and fingertips, allowing him to burn anything in his path.

Torch Man (Mega Man 11) is a powerful Robot Master who uses his pyrokinetic abilities to destructive effect with his martial arts. 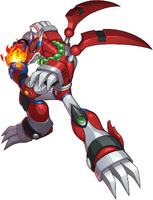 Magma Dragoon (Mega Man X4) is powerful dragon Reploid who uses his powerful fire abilities in conjuction with his fighting style, allowing to throw and land fire-infused punches and kicks, and unleash balls and streams of flames. 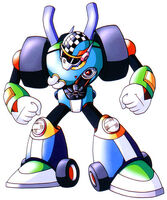 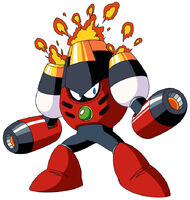 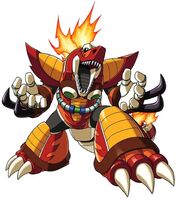 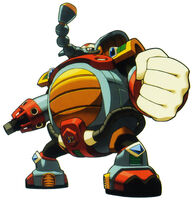 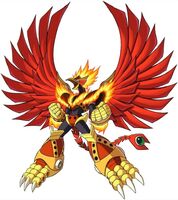 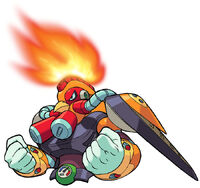 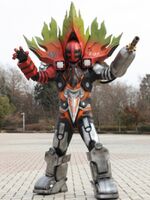 The Flamethrower Ultra-robot (Samurai Jack) wields two incredibly powerful flamethrowers that can incerate robots, and unleash in flames in the form of devastating blasts. 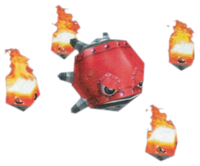 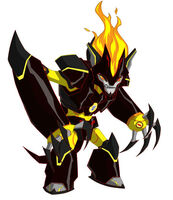