Peter Parker/Spider-Man (Marvel Comics) possesses radioactive bodily fluids as a result of the incident that gave him his powers... 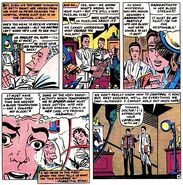 ...including blood, which proved troublesome when he gave his Aunt May a blood transfusion... 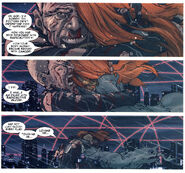 ...and semen, which led to Mary Jane's death by radiation poisoning in the Earth-70237 reality.

...which resulted in Jennifer Walters/She-Hulk's mutation when he gave her a blood transfusion.
Add a photo to this gallery
Retrieved from "https://powerlisting.fandom.com/wiki/Radioactive_Bodily_Fluids?oldid=1531744"
Community content is available under CC-BY-SA unless otherwise noted.