Thor Odinson (Marvel Comics) demonstrating his ability as a God of Thunder to Tony Stark/Iron Man.

The power to generate rain. Sub-power of Rain Manipulation. Variation of Water Generation.

The user can generate rain fall, from a light drizzle to a full downpour.

Atmokinesis Users (Danny Phantom) can summon powerful rainstorms with their power over the weather to battle their opponents. 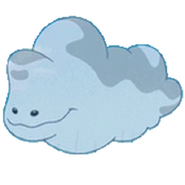 Juvia (Fairy Tail) can make it rain uncontrollably whenever she is gloomy.

With the Rain-inator Doofenshmirtz (Phineas and Ferb) was able to make it rain on the Tri-State Area so that he could watch El Matador De Amor without soccer game interruptions. 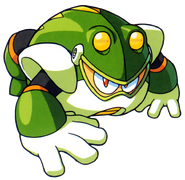 Toad Man (Mega Man 4)
Add a photo to this gallery
Retrieved from "https://powerlisting.fandom.com/wiki/Rain_Generation?oldid=1697243"
Community content is available under CC-BY-SA unless otherwise noted.