A female knight wielding a rapier

"You're really good at crying, J. Geil. Well, you're about to fall down to Hell, sobbing the whole way down. But there's one thing I can't rely on the guardians of Hell to do for me. And that's...To turn you into a pincushion!!"
― Jean Pierre Polnareff (JoJo's Bizarre Adventure Part III: Stardust Crusaders)

The ability to possess great skill in wielding rapiers. Variation of Enhanced Swordsmanship.

The user possesses great skill in wielding a rapier and the art of fencing combat, its natural fighting style. 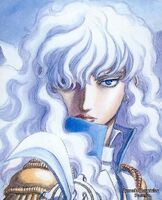 ...slicing up an enemy with deadly slashes with his back turned...

...and striking them down faster than they can react.

Esdeath (Akame Ga Kill) had tremendous skills with the sword, allowing her to fight on an equal level with an Evolved Incursio enhanced Tatsumi...

...and fight an entire army of one million soldiers and 10 Teigu users by herself. 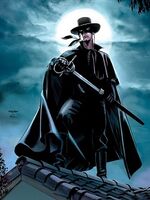 ...wielding it with outstanding precision and speed, shredding a single leaf into miniscule pieces during practice...

...and easily massacred an army of powerful monsters singlehandedly.

Freed Justine (Fairy Tail) is skilled with a blade that can focus his Dark Ecriture Magic. 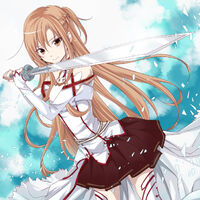 ...with such overwhelming speed, she became known as the Flash.

Weiss Schnee (RWBY) is highly skilled with a rapier...

Mirabel Lautreamont (Dragonar Academy) is an outstanding talent in fencing with a rapier.

Brook (One Piece) is a master swordsman with his hidden cane rapier, Soul Solid...

...even performing Iaido with his rapier.

The resident master swordsman of the Doflamingo Pirates, Diamante (One Piece) is highly skilled at swordsmanship, having taught sword skills to a young Trafalgar Law, who is a skilled swordsman himself. His abilities are great enough for him to evenly match Kyros, the previous undefeated winner of the Corrida Colosseum.

Kurt Wagner/Nightcrawler (Marvel Comics) is an excellent swordsman and fencer.

Hawk Moth (Miraculous: Tales of Ladybug & Cat Noir)
Add a photo to this gallery
Retrieved from "https://powerlisting.fandom.com/wiki/Rapier_Proficiency?oldid=1695162"
Community content is available under CC-BY-SA unless otherwise noted.