Be Immune to reality warping abilities

The power to be immune to all reality bending abilities. Variation of Selective Invulnerability and Power Immunity. 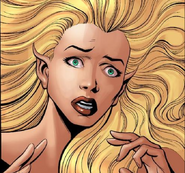 Thanos (Marvel) resist reality warping
Add a photo to this gallery
Retrieved from "https://powerlisting.fandom.com/wiki/Reality_Anchoring?oldid=1105939"
Community content is available under CC-BY-SA unless otherwise noted.