The user's appearance differs depending on who sees them, on what the user would look like according to sees, tastes, and/or experiences. The perceived appearance varies from person to person and can include changes in race, voice, and mannerisms to present anything from an ideal figurehead to someone most hated by a viewer. 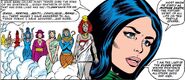 Gaea (Marvel Comics) has been known by many names throughout Earth's history, and can appear in the form of whatever image she was worshiped as by any race on Earth, even multiple ones simultaneously. 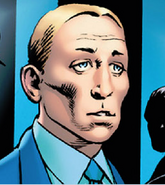 Though often depicted as Caucasian in appearance, Santa Claus (Marvel Comics) actually appears to most people in their own racial features, though he usually retains his iconic white hair and beard.

Aphrodite (Percy Jackson series) appearance would change to appeal to each person who gazed upon her.

SCP-870 - The Maybe There Monsters (SCP Foundation) physical appearances differ greatly between the few people that can actually see them.

Pennywise/It (Stephen King's It) often changes appearance depending on who is viewing It and what the victim is afraid of most,... 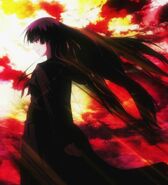 How Yuuko Kanoe (Tasogare Otome × Amnesia) can be seen depends on the person who perceives her.
High Succubus H.png
High Succubus's (Valkyrie Crusade) appearance is dependent of other's desires, appearing to someone as what they desire to see.

SCP-031 - What Is Love? (SCP Orientation)
Community content is available under CC-BY-SA unless otherwise noted.
Advertisement