Be immortal so long as a certain object, person, etc exists

"Frodo: But he was destroyed. Sauron was destroyed."
"Gandalf: No, Frodo. The spirit of Sauron endured. His life force is bound to the Ring, and the Ring survived. Sauron has returned."
― The Lord of the Rings: The Fellowship of the Ring

"Maybe you could fight the mark for years. Maybe centuries, like Cain did. But you can't fight it forever. And when you turn, and you will turn, Sam, and everyone you know, everyone you love, they could be long dead. Everyone except me. I'm the only one who will have to watch you murder the world. So if there's even a small chance that we can save you, I won't let you out of this room."
― Castiel to Dean Winchester (Supernatural)

The power to be immortal so long as a certain object, person, etc exists. Variation of Immortality.

The user is immortal, their existence tied to an object, soul fragments, or even a person or concepts. So long as these things exist, the user can never die.

The Royal Guards (Bleach) are immortal so long as the Soul King Palace remains for them to protect. 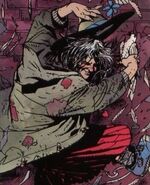 Mad Hettie (DC Comics/Vertigo) a homeless old lady with some magic tricks, hid her heart from Death. She was originally a London tramp, born in 1741.

Angels (Dragon Ball Super) are immortal as long as they do not break the divine laws they have to obey. If they do, they will instantly vanish. 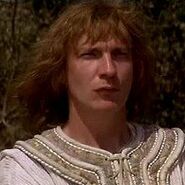 After being given half of a dragon's heart, King Einon (Dragonheart) was immortal so long as the dragon lived.

Utsuro (Gintama) remains immortal so long as he continues to draw from the Altana of Earth.

Kouka (Gintama) remained immortal so long as she continues to draw from the Altana of Kouan, which is why she died when she left.

Voldemort (Harry Potter) was immortal so long as his horcruxes weren't destroyed. 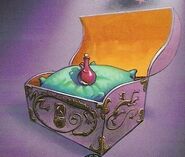 The Elixir of Life (Harry Potter) will extend the drinker's lifespan, so long as they continue to consume it, meaning they will be completely dependent on it when they age past their natural lifespan.

A Herrscher's (Honkai Impact 3rd) core is the source of their power and life, and still contains their soul after death.

Hanatamago (Hetalia) is an ageless dog as long as she is owned by Sweden and Finland, due to the fact that her owners's longevity rubs off on her. If she were to be separated from them, she would become a normal dog and age normally.

Phantom (Marchen Awakens Romance) will never die nor age as long as the Zombie Tattoo curse remains on his body.

Koschei the Deathless (Slavic Mythology) hid his death in a Needle hidden in an Egg, inside a Duck, inside a Hare, inside an Iron Chest, buried under a Tree on the island of Buyan.

Holo (Spice and Wolf) lives as long as the wheat she is bound exists. 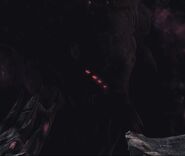 Amon (StarCraft) cannot be killed from any attack so long as his Void Crystals are still in place.

Asphodelus (Valkyrie Crusade) is a spirit that is completely immortal as long as exists souls in the land of the dead for her to feed of. 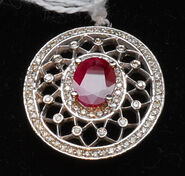 Jafar (The Return of Jafar) is a immortal genie unless his lamp is destroyed.
Add a photo to this gallery
Retrieved from "https://powerlisting.fandom.com/wiki/Reliant_Immortality?oldid=1554457"
Community content is available under CC-BY-SA unless otherwise noted.