Merlin (Nanatsu no Taizai) can teleport anything without physical contact and use Object Teleportation to teleport specific objects from long distances.

User can teleport matter/energy from one location to another without transporting oneself along or requiring physical contact.

The One Being Sought (Code:Breaker) using Absolute Space to teleport others to him by deleting space in between, without him touching them.

The Summoning Technique (Naruto) teleports animals and others to the user, as long as the user has signed the respective contract or possesses the Rinnegan's Animal Path powers.

Obito Uchiha's (Naruto) left Mangekyō Sharingan will teleport anything caught within its vision to a dimensional void via the Kamui technique.

Trafalgar Law (One Piece) using his ROOM technique, which allows him to switch the spacing of anything within the spherical field without need of physical contact.

Natsume's Yungerer (Pokemon Adventures) using Teleport to bring Freezer and Thunder to its location, even when they were on other floors of the Silph Co. building.

Egg Beater (Sonic the Hedgehog/Archie Comics)
Discord Remotely Teleporting the Napkins.gif
Discord (My Little Pony: Friendship is Magic) can remotely teleport others away from or right to him.

A Valkyrie (Charmed) apports a knife to her hand.

Paige (Charmed) teleporting a notepad and a pen to her hand.

Chrollo Lucifer (Hunter x Hunter) can teleport a person from one place to another place without that person's consent.

Batman (DC Comics) activating one of the JLA teleporters. 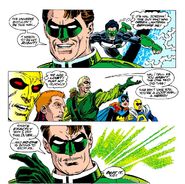 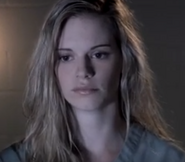 Natasha Kestal (Heart of Dread Series) can teleport small objects from one place to another.

Witch Queen (Master Raindrop) teleports herself with Raindrop, Jin Hou and her warriors.

D-I-S-C-O (Jojo's Bizarre Adventure Part VII: Steel Ball Run) can teleport any object that is flying over a grid created by his stand, Chocolate Disco, to whatever corresponding grid-space he selects.
Add a photo to this gallery
Retrieved from "https://powerlisting.fandom.com/wiki/Remote_Teleportation?oldid=1342926"
Community content is available under CC-BY-SA unless otherwise noted.