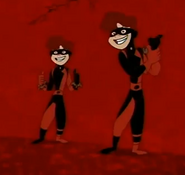 Ulrich Stern (Code Lyoko)
Add a photo to this gallery 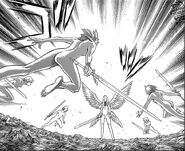 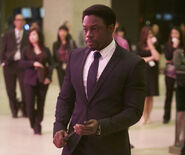 Emil (NieR: Automata) used magic to create millions of copies of himself to defend Earth from the alien invaders and their machine army at the cost of each clone losing their memories and sanity.
Add a photo to this gallery

Segata Sanshiro (Sega) surrounded by multiple clones of himself.
Add a photo to this gallery
Retrieved from "https://powerlisting.fandom.com/wiki/Replication?oldid=1213767"
Community content is available under CC-BY-SA unless otherwise noted.