Power to use the abilities of reptiles. Variation of Animal Imitation and Animal Morphing.

User with this ability either is or can mimic/transform into reptiles, including Crocodilia (crocodiles, gavials, caimans, and alligators), Sphenodontia (tuataras), Squamata (lizards, snakes, and worm lizards) and Testudines (turtles, terrapins and tortoises). 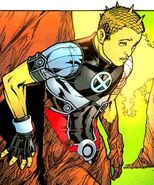 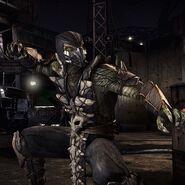 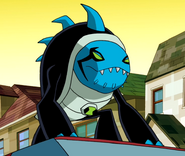 Wentshukumishiteu (Ice Road Terror)
Add a photo to this gallery
Retrieved from "https://powerlisting.fandom.com/wiki/Reptilian_Physiology?oldid=1451885"
Community content is available under CC-BY-SA unless otherwise noted.