Ladybug (Miraculous: Tales of Ladybug & Cat Noir) has the power of "Miraculous Ladybug", an ability where the object created by "Lucky Charm" becomes a flurry that restores all damage done by the villain and their battle with them.

Restore both living and non-living things.

"Our bodies are vibrationally attuned to the plane of the Book. By tuning to a higher key momentarily, we can repair any damage to our substance. And return unhurt."
― Bull Angel (DC Comics)

The ability to restore both living and non-living things. Sub-power of Absolute Restoration. Opposite to Negation.

The user can restore anything living or non-living to either their optimum state, including high-speed healing/regeneration of themselves or others, restoring life in an environment, such as forests or animal life, reconstruct ruins or destroyed buildings, etc. This is a separate ability to regeneration as this power is able to heal another being or object, not just themselves.

Zeref (Fairy Tail) can restore himself after being completely incinerated by Natsu.

Pollux and Cartor (God of War) not only can cause things to decay but can restore them as well.

The Horse Talisman (Jackie Chan Adventure) heals every injury or sickness afflicting the user instantaneously and can also repair inanimate objects, such as a broken statue and a sinking cruise ship.

Josuke Higashikata's Stand, Crazy Diamond (JoJo's Bizarre Adventure Part IV Diamonds are Unbreakable) allows him to restore objects or organisms to any previous state in their history. He cannot, use the power on himself, restore what was erased from existence, or life to an organism. 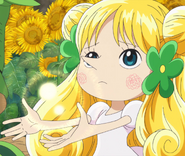 Mansherry (One Piece) can heal anything short of death with her Chiyu Chiyu no Mi powers, though doing so for inanimate objects will shorten her lifespan. 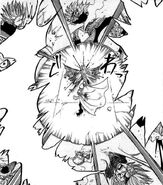 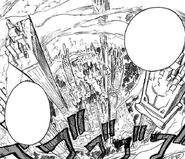 ...making him remember everything - his childhood, the War and all previous missions as the Winter Soldier.

Sayumi Takanashi's (When Supernatural Powers Became Commonplace) power, Root of Origin, allows her to restore anything to its original state, ranging from healing wounds to repairing inanimate objects.

Desiree (Danny Phantom) uses this power to fix the damaged trees, while Danny used it to fix the damaged gifts.
Add a photo to this gallery
Retrieved from "https://powerlisting.fandom.com/wiki/Restoration?oldid=1690541"
Community content is available under CC-BY-SA unless otherwise noted.