User can create, shape and manipulate rings and ring-shaped jewelry, including earrings, bracelets, arm rings, toe rings, torcs, etc., shaping and combining them as needed, or moving them with telekinesis.

The rings can also be made of different types of matter/energy. 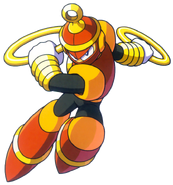 Ring Man (Mega Man) can create and control rings through his Ring Boomerang...

...which Mega Man can take for himself. 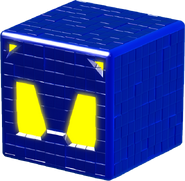 ...which allows him to manipulate Blue Blocks and Blue Cubes, turning one into the other and vice versa.

...contract around others to bind them...

...and use to encase his opponent in a volleyball-like sphere. 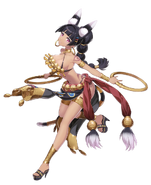 Piper Willowbrook's (Mysticons) Striker Hoops serve as her weapon which she can collapse and reshape at will.
Add a photo to this gallery
Retrieved from "https://powerlisting.fandom.com/wiki/Ring_Manipulation?oldid=1557765"
Community content is available under CC-BY-SA unless otherwise noted.