The power to influence and control all forms of rodents. Variation of Mammal Manipulation.

Users can control various rodents. They control them to do their bidding like, help them during situations, use them against foes, use them to see locations and get information about a particular place, use them for battle, use them for spying on others. The controlled rodents may cultivate bonds with the user, thus creating friendships. Also may empathize or communicate with them. 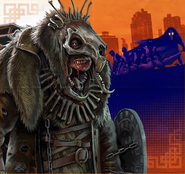 Arthur McIntosh (Call of Duty: Infinite Warfare) turned into the being known as the "Rat King" after drinking a strange green goo. 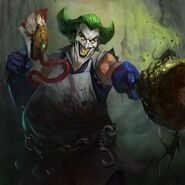 Vampirella (Vampirella) had the ability to manipulate rats temporarily after eating the heart of her half-brother Lord Drago.

Ratboy/Patrick Fitz (Batman Beyond)
Add a photo to this gallery
Retrieved from "https://powerlisting.fandom.com/wiki/Rodent_Manipulation?oldid=1610536"
Community content is available under CC-BY-SA unless otherwise noted.