Use the traits of rodents.

"You want proof evolution is for real, don’t waste your time with fossils; just check out the New York City rat. They started out as immigrants, stowaways in some ship’s cargo hold. Only the survivors got to breed, and they’ve been improving with every new litter. Smarter, faster, stronger. Getting ready to rule. Manhattan wouldn’t be the ﬁrst island they took over."
― Andrew Vachss, Another Life

"When the mouse laughs at the cat, there's a hole nearby."
― Nigerian Proverb

"I'm flying like the squirrel I always knew I was!"
― Homer Simpson (The Simpsons)

Power to use the abilities of rodents. Variation of Mammalian Physiology.

User with this ability either is or can mimic/transform into rodents, including mice, rats, squirrels, porcupines, beavers, guinea pigs, and hamsters.

Rodents are associated with great number of mystical and supernatural abilities and connections in mythology and folklore, thus user with this power may have access to: 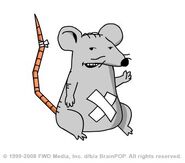 Bob (Brainpop) is a gray mouse with a broken tail.

When searching for the ghost children's eyes, Coraline encounters Other Mr. Bobinsky (Coraline) who has been turned into a grotesque army of rats.

Spike the Porcupine (Archie's Sonic the Hedgehog), a mobian porcupine. 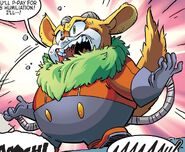 Thunderbolt the Chinchilla (Archie's Sonic the Hedgehog), a mobian chinchilla. 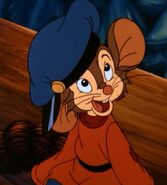 Mrs. Brisby and Nicodemus (The Secret of NIMH)

Tristan (One Piece) is a squirrel mink who works as a nurse for Inuarashi. 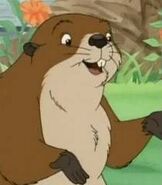 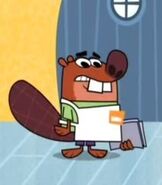 Mr. and Mrs. Beaver (The Chronicles of Narnia) 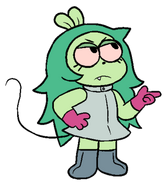 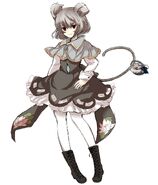 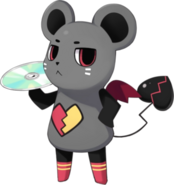 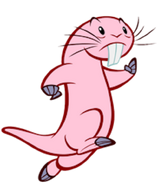 Amy and Brad (Kipo and the Age of Wonderbeasts)

RatTrap (Beast Wars/Beast Machines Transformers)
Add a photo to this gallery
Retrieved from "https://powerlisting.fandom.com/wiki/Rodent_Physiology?oldid=1665389"
Community content is available under CC-BY-SA unless otherwise noted.