Both Mandy (The Grim Adventures of Billy and Mandy) and Raven (Teen Titans) are intuitive masters of deadpan sarcasm.

"Sarcasm is the lowest form of wit, but the highest form of intelligence."
― Oscar Wilde

"You forget yourself. I am no upstart demon, scrabbling in the dirt of the human soul. I am Mictlantecuhtli. I am a god!!"
"Great stuff. I'm John...and I'm a bastard."
― Mictlantecuhtli and John Constantine (DC/Vertigo Comics)

"It's starting.
Yeah, you think, genius?
You don't have to be mean."
― Castiel and Dean Winchester (Supernatural)

The power to have an intuitive sense of sarcasm. Variation of Intuitive Aptitude.

The user has an intuitive knowledge of the irony and sarcasm, allowing them to use witty remarks and irony insults to bring an opponent's confidence down in battle or to get under their skin.

Rose Wilson/Ravager (Teen Titans Go!) is a master at hurting people with her insults and sarcasm. 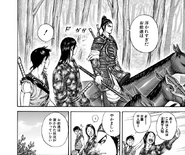 Amongst the young generals of Qin, Ou Hon (Kingdom) is the sarcastic straight man of sane...

..., frequently demonstrating his dry but spare wit on his rival, Ri Shin.

Raphael (Teenage Mutant Ninja Turtles) is known to be the sarcastic wise guy of the team.

Unlike his nephew, Kenshirō Kasumi (Fist of the Blue Sky) is well known for his sarcastic nature.

Mermista (She-Ra and the Princesses of Power) 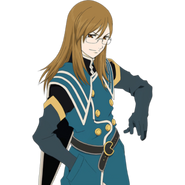 Jade Curtiss (Tales of The Abyss) 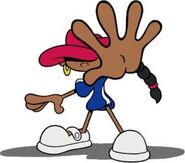 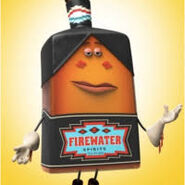 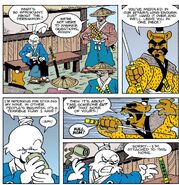 Danny Fenton/Phantom (Danny Phantom)
Add a photo to this gallery
Retrieved from "https://powerlisting.fandom.com/wiki/Sarcasm_Intuition?oldid=1727409"
Community content is available under CC-BY-SA unless otherwise noted.