Damien Thorn (The Omen) is the Antichrist; Satan's human form.

Become a manifestation and/or have the traits of the Devil.

"For false Christs and false prophets shall rise, and shall shew signs and wonders, to seduce, if [it were] possible, even the elect."
― Mark 13:22

The ability to be a manifestation of and/or have the traits of the Devil or other Malevolent Force. Not to be confused with Transcendent Demon Physiology or Devil Soul. Opposite to Godly Incarnation.

The user of this power either is or merely has the traits of the ultimate evil being known in Christianity as The Devil and/or Satan/Lucifer. Unlike Devil Soul, the user is allowed to truly become the embodiment of all evil and use his power as they see fit.

This power can be achieved by either being possessed by Satan, having a blood-tie to him, fusing with his essence or just being the greatest force of evil in the user's existence. Ultimately, this power grants the user of the archetype of Satan: the ultimate evil being, so the user could be a mythological god and still have this power. Other times, users fall from grace and become evil rulers. The power functions as an archetype, so even if the user is not the actual Satan, he or she represents him in his or her existence (ie The White Witch) and therefore does not wield the full power of the archetype.

The Antichrist (Christianity) the chosen false prophet who serves Satan.

The First of the Fallen (Vertigo/DC Comics) 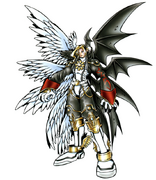 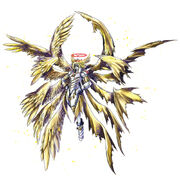 Lucemon X (Digimon), the evolved version of Lucemon, who's unyielding pride allowed him to transcend even god as the "perfect being".

HIM (The Powerpuff Girls) is often regarded as a demon that is "the evilest of evil" and the "cruelest of cruel".

Aku (Samurai Jack)
Add a photo to this gallery
Retrieved from "https://powerlisting.fandom.com/wiki/Satanic_Incarnation?oldid=1728349"
Community content is available under CC-BY-SA unless otherwise noted.