Pan (Greek Mythology) god of the wild and folk music.

Use the traits satyr.

The power to use the abilities of satyr. Variation of Hybrid Physiology, Fairy Physiology and Caprine Physiology.

User with this ability either is or can transform into an satyr or faun: a half human - half goat (from the head to the waist being the human half, but with the addition of goat horns) manifestation of forest and animal spirits which would help or hinder humans at whim.

Fauns and satyrs were originally quite different creatures: whereas fauns are half-man and half-goat, satyrs originally were depicted as stocky, hairy, ugly dwarfs or woodwoses with the ears and tails of horses or asses. In earlier art they were portrayed as quite ugly, though later they became more youthful and graceful. Satyrs also were more woman-loving than fauns, and fauns were rather foolish where satyrs had more knowledge. 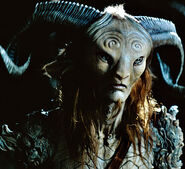 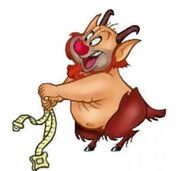 Tumnus (The Chronicles of Narnia) 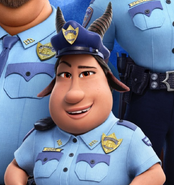 Gore (Onward)
Add a photo to this gallery
Retrieved from "https://powerlisting.fandom.com/wiki/Satyr_Physiology?oldid=1433732"
Community content is available under CC-BY-SA unless otherwise noted.