The user is altered, powered and/or created by science. Their specific physiology can be the result of scientific experiments whether proven successful or abortive, the improbable consequence of scientific accidents will. Their original physiology can be either altered through genetics (mutations), drugs, cybernetics or radioactive waste which may allow them to morph into an artificial being, one powered by scientific energies. The resulting traits and abilities vary greatly between users, can be controlled or not, and may be seen as either a gift or a curse. 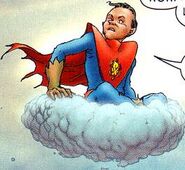 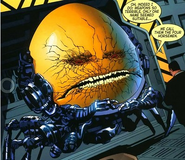 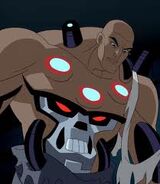 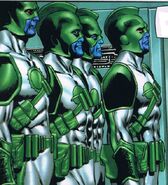 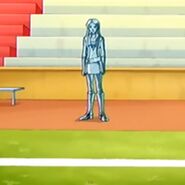 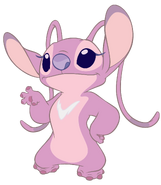 Experiment 624 (Lilo & Stitch) is an illegal genetic experiment who is design to turn good experiments back to bad ones.

Created by the FBI, Agent Orange (WildStorm Comics) is a super powered killing machine.
Add a photo to this gallery

Modifiying himself into cyborg after nearly being killed, Franky (One Piece) gained cybernetically enhanced strength and a wide arsenal of artillery installed into his super body. 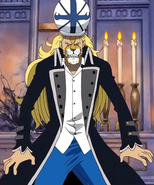 Gatasubal (Yu Yu Hakusho) is composed entirely of a hybrid metal of combined steel and living cells, experiments of Dr. Ichigaki.
Add a photo to this gallery 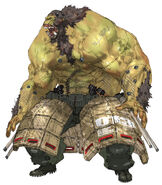 Xion (Bloody Roar) in the form of the Unborn.
Add a photo to this gallery

Peyton Westlake (Darkman)
Add a photo to this gallery
Retrieved from "https://powerlisting.fandom.com/wiki/Science_Attuned_Physiology?oldid=1447781"
Community content is available under CC-BY-SA unless otherwise noted.