Use Sealing in the use of magic.

The power to use magic that seals targets. Form of Magic. Variation of Sealing and Sealing Energy Manipulation. Not to be confused with Binding Magic or Magic Sealing.

The users of this power can utilize powerful spells that can seal/bind living beings, entities or objects into other objects or places.

Since Aizen (Bleach) was determined to be extremely difficult if not impossible to kill due to being merged with the Hōgyoku, Kisuke Urahara (Bleach) had decided to use a special kind of Kidō, dubbed as Ultimate Seal of Destruction, on him while he was at his most vulnerable. Additionally, it also weakened his powers, enough so he won’t be able to free himself.

Tom (Star vs. the Forces of Evil) attempts to magically seal Mina Loveberry.

Rossweisse (Highschool DxD) can use powerful magical seals, even theorize a sealing spell that can seal the Apocalyptic Beast Trihexa.

Nagi Springfield (Mahou Sensei Negima) used the spell Infernus Scholasticus to seal away the vampire Evangeline's powers and bind her to Mahora Academy.

Sam and Dean Winchester (Supernatural) have bound supernatural entities of many kinds of supernatural creatures which include demons, angels, and...

... Death himself for a short time. 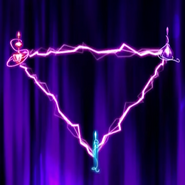 Vacuums/Whisperian Crystals (Winx Club)
Add a photo to this gallery
Retrieved from "https://powerlisting.fandom.com/wiki/Sealing_Magic?oldid=1514406"
Community content is available under CC-BY-SA unless otherwise noted.