Geralt of Rivia (The Witcher) always had amazing success with the ladies, to the point of strongly attracting Philippa Eilhart, a centuries old elite sorceress, ice-cold political mastermind... and notorious lesbian.

"This powerful aura of sexuality released by the Queen Mother...Was strong enough to cause even the castrated eunuchs to hunger with lust."
― The Narrator on Bi Ki (Kingdom)

"You ever meet any women who aren't beautiful?"
"It's a bad habit, I admit."
― Foggy Nelson and Matt Murdock/Daredevil (Marvel Comics)

"I'm not going to hit on you. You'll hit on me. Nothing I can do about that. It's my curse."
― James "Logan" Howlett/Wolverine to Maya Lopez/Echo (Marvel Comics)

User radiates an aura of attractiveness, naturally inducing titillating pleasure and carnal desire while subtly lifting inhibitions. The affected targets remain fully themselves, but can't help but long for the user's favor and affection, and can't bring themselves to cause them harm except as a last resort, like an irreplaceable treasure too precious to be lost. It should be noted the user does not need to do anything, their mere presence brings pleasure, attracts attention and admiration, and seduces others.

The users very presence instantly seduces all around them into becoming completely captivated with the user. The users influence affects those around them on an instinctual, unconscious level so that they are left unable to harm the user or resist the users commands. Others feel a pull towards the user, even if they cannot justify it, and feel immediately bonded. The user also ends up with unnaturally high charisma or charm that enables them to gain the trust and loyalty of others and win them over, regardless of popularity or skill. 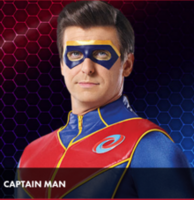 Ray Manchester/Captain Man is various of episodes is a handsome guy attracting many women. 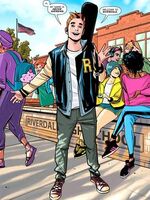 Ada (Boruto: Naruto Next Generations) was modified by Amado to captivate anyone, outside of blood relatives and Ōtsutsuki, at the subconscious level, preventing them from harming or disobeying her.

RJ Brooks' letterman jacket (Buffy the Vampire Slayer) contains a love spell that attracted virtually any girl who laid eyes on him, including the lesbian Willow Rosenberg.

Phoebe (Charmed) as the Goddess of Love radiates an aura with that makes her irresistible and seductive to any man.

C.C.'s (Code Geass) original Geass power was "to be loved," essentially forcing anyone who she used it on to fall in love with her.

Gabriel (Highschool DxD) as the most beautiful woman in Heaven captivates the hearts of any men including Azazel and Issei. 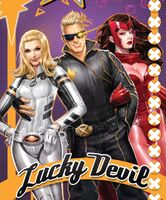 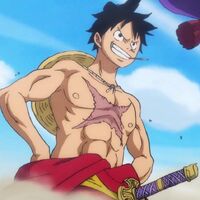 Though he has little interest in romance himself, Monkey D. Luffy (One Piece) has attracted a variety of admirers, even the man-hating Boa Hancock who is regarded as the most beautiful woman in the world.

Diarmuid Ua Duibhne's (Fate/stay night) Love Spot can cause any woman who gazes upon it to fall instantly in love with him.

Evelynn (League of Legends) is a demon who specializes in luring her prey in with the seductions voluptuous facade of an attractive woman. 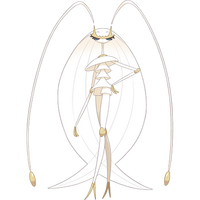 Any Pokémon who sees Pheromosa/UB-02 Beauty (Pokémon), regardless of gender, will become infatuated with it and lose the will to fight.

As a Charmian, Sephie Michaela Deviluke (To Love-Ru) could make any male, regardless of species, who so much as looked at her face become infatuated with her, the downside being that even the most refined gentleman becomes a tactless pervert.

Much to her initial dismay, Yurika Kamishiro (YuriCam Yurika no Campus Life) is sexual magnet and can also gratify any women. She uses this to follow in her father's footsteps as a gigolo. 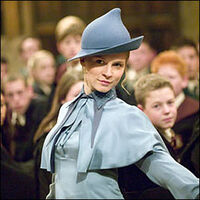 Veela & half-Veela hybrids such as Fleur Delacour (Harry Potter) are hypnotically breathtakingly beautiful almost to all male beings, which causes them to perform foolhardy and impulsive actions to get closer to, and to receive admiration from them.
Community content is available under CC-BY-SA unless otherwise noted.
Advertisement