Featherine Augustus Aurora (Umineko no Naku Koro ni) can control her personal boundaries in whatever way she deems fit. Allowing her to achieve whatever she wishes.

" I really have to thank you Parallax for sending me into The Void. To a place that exists beyond the threshold of our conscious limitations. Because by becoming one with The Void, I was able to at least begin to do what my friend Abin Sur suggested. Transcend my limited view of myself. Break the constraints of individual identity. I’ve been so many different beings down through history, Lived so many millions of lifetimes with so many more yet to come. But beyond all that I’m spirit. And beyond all that I am connected to the logos that God merged me with. To The Oversoul itself. Viewed from that perspective, you’re one small aspect of one small incarnation. Just a minor drifting thought in the sea of eternity. Which means you really don’t amount to much."
― The Spectre (DC Comics)

"Eons? Do you know how far will advance?"
"Perhaps in some future that you cannot yet conceive, beyond even us..."
― Will Riker and Q (Star Trek: TNG)

The ability to selectively transcend one’s limitations and boundaries. Sub-power of Boundary Manipulation. Variation of Absolute Transcendence and Eternal Transcendence. Perfect version of Self Transcendence.

With this power, users have many choices at their disposal, being able to perform and achieve anything they wish at any time like resist negative effects (natural and supernatural), develop new abilities, correct their flaws, change their form, their mind, their nature, and even transcending all of their boundaries and limitations all at once, essentially opening new worlds of possibilities with each use, or closing them when users aspire to a simpler life. 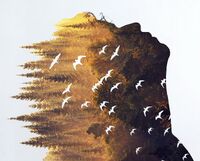 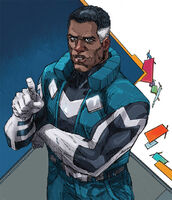 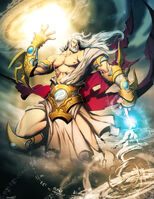 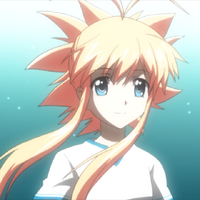 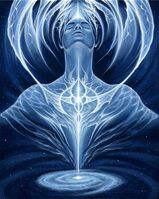 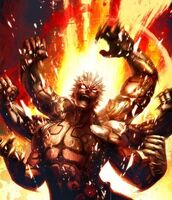 Existential Limitations
Add a photo to this gallery

Primarily existing as The Witch of Theater Going, Drama and Spectating...

Appearing in her regular human from Tohya Hachijo, a murder-mystery author...

Existing as a fundamental principle of the world which completely supercedes those embodied by Voyagers, being described as "omnipotent" and "life itself". An indescribable "actor" entity known as "Aurora", who exists independently from both the identities of Featherine and Tohya.

And could even remove all of her limitations, restrictions and boundaries to reach the level of The Creator, at the cost of losing her individuality. 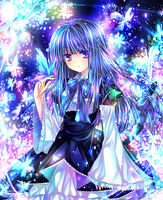 As the Witch of Miracles, Bernkastel (Umineko no Naku Koro ni) can rise and lower herself into the infinite layers of the Witch’s Domain at a rate she controls. Gaining more power and freedom as she goes up and restricting herself as she goes down.

Yakou Madara (Kajiri Kamui Kagura) can alter his own hierarchy of existence as he deems fit. Making it lower or higher to the point he could interact with and reach realms beyond dimensions such as The Throne and Singularity.

The Yatsukahagi (Kajiri Kamui Kagura) can alter their own hierarchy of existence as they choose, making it lower or higher as they manipulate the flow of their Taiji.
Add a photo to this gallery
Retrieved from "https://powerlisting.fandom.com/wiki/Selective_Transcendence?oldid=1744793"
Community content is available under CC-BY-SA unless otherwise noted.