As Phoenix, Jean Grey (Marvel Comics) can resurrect herself upon death.

Revive oneself upon death.

"Bones mending...Flesh stitching itself back together...Nerves firing back up. Healing Is Pain. And coming back from the Dead...That was Agony."
― Josh Foley/Elixir to Gauntlet's corpse (Uncanny X-Men Vol 4 Annual #1)

The power to resurrect oneself upon death. Sub-power of Resurrection. Technique of Personal Mastery.

The user is able to revive themselves upon death either instantly or after some time. The user still dies, so it would be inaccurate to call them immortal, but their death is ultimately meaningless as they will respawn. Generally this happens by returning to life in a position near their death, though some users may re-manifest in a specific location.

This ability is not Absolute, however. Some users may still be able to meet their final death. Some users can be slain permanently by specific means, or when certain conditions are met. For example, in Dungeons and Dragons the notorious Lich can be prevented from resurrection by destroying its phylactery. Instead of only being able to be killed by specific means, it's also possible that the user is only able to return from certain kinds of death. For example, the Gilbert Rings of The Vampire Diaries only allow the bearer to resurrect if they are slain by a supernatural - it does nothing to prevent them from a mundane death.

The Ajins' (Ajin: Demi-Human) most significant trait is their ability to regenerate their bodies upon their deaths, coming back to life.

Tenzen Yakushiji (Basilisk) having his symbiote "eat" away his wounds and restoring any ravages of time or battle, even fatal wounds to bring him back from death...

...up to and including decapitation.

Ichibē Hyōsube (Bleach) is resurrected due to Ichigo calling his name.

Yhwach (Bleach) can use "The Almighty" to freely change any future in which he dies into one in which he survives.

Should Szayelaporro Granz (Bleach) be killed, he can use his parasitic powers to "infect" another being, allowing him to literally be reborn from the victim's body at the cost of their life.

Utsuro (Gintama) resurrecting himself from a severed arm after Umibozu killed his "main" body, which used up a huge amount of Altana.

Phantom (Marchen Awakens Romance) will always come back to life as long as the Zombie Tattoo curse remains on his body.

The Yomi Yomi no Mi/Revive-Revive Fruit (One Piece) grants its eater an inhumanly powerful soul, allowing them to come back to life....

Brook (One Piece), having eaten the Yomi Yomi no Mi, revives after being decapitated.

Due to the Immortality Curse placed on him by the Demon King, Meliodas (The Seven Deadly Sins) is able to return to life after dying in exchange for his personality to degrade to his old evil being.

Orichalcos Gigas (Yu-Gi-Oh!) is one of the few monsters that resurrects itself when killed.

...that he can regenerate and resurrect from a shot to the head.

Joshua Foley/Elixir (Marvel Comics) can bring people back from dead, including himself.

Kenny McCormick (South Park) is always reborn because of the cult’s curse.

The Hulk (Marvel Comics) for all intents and purposes cannot permanently die or killed..

...The exact nature of his ability is unknown; however, it is suggested that, every time the Hulk or his alter ego, Bruce Banner are killed since the day that Banner was hit with the Gamma Bomb, the Green Door is opened and allows him to "walk through" in order to successfully enable resurrection....

...It is suggested that it is the Hulk who walks through, as Banner would rather be at peace than be revived as the Hulk...

... It is also suggested that damaging the hypothalamus, an area in the forebrain which controls the nervous system as well as emotions, can effectively kill the Hulk, but the attempts to perform this action have been interrupted by outside interference from those preferring to use the Hulk for their nefarious purposes...

...Following his resurrection by the Challenger,...

... he would self-resurrect by transforming into the Hulk at nightfall. 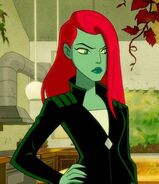 Following her death at the hands of Joker, Ivy Pamela Isley (Harley Quinn TV Series) was able to come back from death via her connection to nature within a span of one week.

Misty Day (American Horror Story: Coven) was a witch skilled at resurgence, and resurrected many characters, including herself. 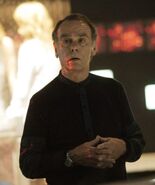 Like his fellow Cylons, Cavil (Battlestar Galactica) can resurrect upon death by transferring his consciousness into a new and identical body

Lazarus demon (Charmed) always resurrects unless his ashes are buried in a cemetery.

Claire Bennet (Heroes) can resurrect herself unless her brain is destroyed or her body is split in two and separated.

Due to being immortal, Nathan's (Misfits) body can repair itself to is pre-death state and wake up good as new.

Rowena's (Supernatural) Resurrection Seal will always bring her back from death's door.

Before the death of Zeus , Prometheus (Supernatural) was condemned to die and resurrect daily. Only a few things could kill him, like Artemis's bow and arrows.

Rayna Cruz (The Vampire Diaries), after her death, her body spontaneously self-combusts only to reborn.

Wendy Beauchamp (Witches of East End); Wendy has nine lives to live. Whenever Wendy dies, she loses one life and another one begins.

Berserker (Fate/Stay Night) resurrecting after his head was blown up.

The Totem of Undying (Minecraft) in action as it revives the user after they receive fatal damage.

Sekiro (Sekiro: Shadows Die Twice) was granted the ability to immediately resurrect upon death through the Immortal Oath, a sacred pact that allows his master, Kuro, the Divine Heir, to bestow his Dragon's Heritage to others.

Every time when The Beheaded One (Dead Cells) dies, they will end up being resurrected as a pile of green-like substances within the Prison Quarter.