The power to transform others into exact replicates of oneself. Variation of Replication. 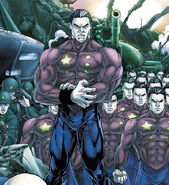 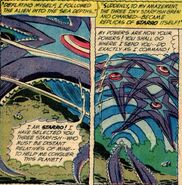 are able to transform other simpler lifeforms; such as earthen Asteroidea into superpowered agents with all of their traits and abilities to act on the collectives behalf.
Community content is available under CC-BY-SA unless otherwise noted.