"You know, almost everyone has a moment in their lives when they exceed their own limits, achieve what seems to be impossible. The tricky part is what happens afterwards. You almost always feel a sense of loss. But it is possible to carry something of that experience through the rest of your life in ways that you're not even aware of now."
― Deanna Troi and Geordi Laforge (Star Trek: TNG)

"You are still within human limits! In order to become a master of martial arts, you must break the wall of humanity! That is the challenge."
― Master Roshi to Son Goku and Krillin (Dragon Ball)

"I am a Man who Transcends Humanity!!"
― Kan Mei, the Giant of Chu to Mou Bu (Kingdom)

The power to go beyond one's limits. Sub-power of Boundary Manipulation, and Transcendence Manipulation. Not to be confused with Evolution.

Users can transcend their being beyond their normal limitations, whether physically, mentally, existentially, etc. Leveling towards a new level of capacity beyond the surrounding environment. If one is to transcend one in itself, it would be truthfully illogical and therefore transcendent of it.

As a Saiyan, Son Goku (Dragon Ball series) is capable exceeding his limits after every battle and even just through training only, as well a using the Kaio-Ken technique and Super Saiyan transformations to further increase his strength.

Namekians such as Piccolo (Dragon Ball series) are capable of unlocking a higher consciousness from within to become Super Namekians and achieve great power.

Might Guy (Naruto)Through a great force of will and perseverance, he managed to break the limits of a human being and became the most powerful shinobi of all. 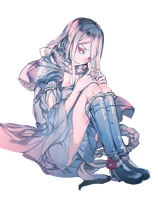 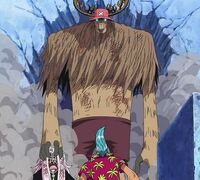 By eating three Rumble Balls, Tony Tony Chopper's (One Piece) Devil Fruit powers transcend itself, manifesting into a monster of immense power with no rational... 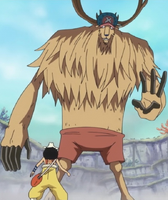 ...and after training for 2 years, he only needs to eat one Rumble Ball to transform into his Monster Point form, having mastered it.

Saitama (One-Punch Man) has transcended his own limitations and broke his limiter through years of his intense training regime.

As a Kryptonian, the closer Superman (DC Comics) is to a yellow or blue star, the more powerful he becomes...

...In fact, if he has the right amount of solar energy, he can overcome any difficulty.

The Hulk (Marvel Comics) is famous for his "madder he is, stronger he gets" power. 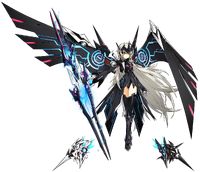 As Code: Ultimate, Eve (Elsword) transcended the limits of her own programming and the very Nasod Race, creating a whole new code with a whole new realm of capabilities.

Parallel Shirou Emiya (Fate/Kaleid Liner Prisma Illya) has transcended the limits of the original Emiya, since he can not only easily use Unlimited Blade Works but also project Divine Noble Phantasms, which should be physically impossible.

Ryu Hayabusa (Ninja Gaiden) is well known for pushing his abilities beyond their limits.

Sephiroth (Final Fantasy VII Franchise) has demonstrated numerous forms of Self Transcendence, from becoming "Safer Sephiroth", nexus of the Whispers, and his (mysterious) transcendence at the Edge of Creation.
Community content is available under CC-BY-SA unless otherwise noted.
Advertisement