The ability to augment the physical senses. Sub-power of Sense Manipulation Variation of Augmentation. Opposite to Sensory Deprivation. Not to be confused with Sense Focusing.

The user can amplify/augment any/all physical senses of oneself and others, including sight, smell, hearing, touch, taste, balance, pain, etc. temporarily.

Astro (Astro Boy) can amplify his own hearing up to 1000 times. 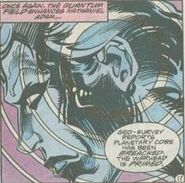 In addition to enhancing his ki, power, and speed, Goku's (Dragon Ball series) Kaio-ken can enhance his sight and hearing. 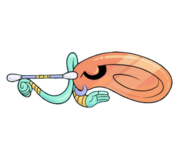 Vision (Marvel Comics) can adjust the sensitivity of his audio receptors to a point where he can detect the faintest of sounds.

Zushi (Hunter x Hunter) uses Gyo to concentrate his aura into his eyes, enhancing his sight.

The Mask of Scents (The Legend of Zelda: Majora's Mask) augments the wearer's sense of smell.
Add a photo to this gallery
Retrieved from "https://powerlisting.fandom.com/wiki/Sense_Augmentation?oldid=1602079"
Community content is available under CC-BY-SA unless otherwise noted.