Homelander (The Boys), as a Super/Supe, gained his powers from Compound V.

"The super serum doesn’t turn us into monsters, it only brings out the truth of what we are inside, whether it’s perfect or not."
― (Anonymous)

"Ever since I was blown off from that roof. All I felt is pain. Pain of betrayal. Pain of having every bone in my body shattered. When I hit the water…I didn’t panic. I was patient. I let patience…Help me to find a way to transform that pain into something else…Strength."
― Ricardo Diaz (Arrowverse)

The ability to gain powers from certain serums. Sub-power of Serum Manipulation. Combination of Drug Usage and Powers Via Object. Variation of Chemical-Based Powers. Scientific equivalent of Potion-Based Powers.

Some serums can be engineered by certain ingredients that may include chemicals/drugs or cells/blood from aliens, superhumans, etc.

Eldians (Attack on Titan), like Eren Yaeger, transform into Titans after being injected with the titan serum.

Ricardo Diaz (Arrow) injected himself with a special strength serum that acted like a biomolecular enhancer drug he made to artificially enhance his body, thus giving him even greater physical strength which he broke solid concrete and easily took down Oliver in a few blows.

Lena Luthor (Supergirl) made the Harun-El into a supernatural drug that when injected into humans it gives them superpowers that can go toe-to-toe with solar-powered Kryptonians.

The Seven (The Boys), as Supers/Supes, gained their powers from Compound V.

Stormfront (The Boys) was the first to be given the successful Compound V, which turned her into the first Super/Supe.

Hunter Zoloman/Zoom (Arrowverse) created the Velocity 9 serum to increase his speed to greater levels but is started to degenerate his body despite his accelerated healing factor.

Eliza Harmon/Trajectory (Arrowverse) reverse engineer the Velocity serums to give a regular person the powers of a speedster.

August Heart/Godspeed (Arrowverse) recreated the Velocity-9 serum in order to gain super speed and modify it to prevent cellular degeneration by combining it with tachyons, which gave him an unstable connection to the Speed Force and made him completely unaffected by the death of the Speed Force and meta-dampening tech.

Nate Heywood/Steel (Arrowverse/Legends of Tomorrow) gained his powers from a super serum created by the Reverse Flash. 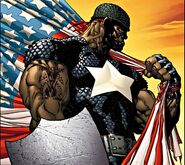 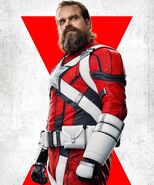 Luther Hargreeves/Number One (The Umbrella Academy) gained enhanced resilience and a ape-like body, after being given a serum from his adoptive father. 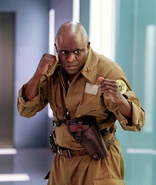 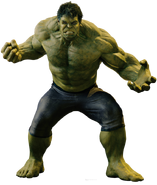 Emil Blonsky (Marvel Cinematic Universe) gained his enhanced abilities from another variant of the US Military super serum. Before being given the Abomination formula, exposed to Gamma Rays, and becoming Abomination. 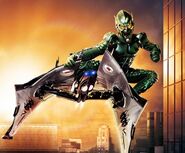