Sha'ira (Mass Effect): a courtesan especially skilled in sexual gratification from an alien race already considered naturally adept to it.

Be a sexual or sensual genius.

"Answering questions is a major part of sex education. Two rules cover the ground. First, always give a truthful answer to a question; secondly, regard sex knowledge as exactly like any other knowledge."
― Bertrand Russell

"Just as the Chancellor predicted!! The Queen Mother is completely captivated by Rou Ai's Body!!"
― A Court Official on Rou Ai (Kingdom)

"Actually a friend of a friend..."
"Sex Problem, eh?!"
― Timothy Lovejoy and Homer Simpson (The Simpsons)

The ability to be a master of inducing sexual gratification in a target or partner. Sub-power of Indomitable Sexuality. Variation of Intuitive Aptitude.

The user has intuitively/instinctively understanding of sexuality and an innate encyclopedic knowledge in all sexual and carnal techniques, allowing them to invoke any specific type of sexual fulfillment in any specific sexual partner. This always results with the absolute satisfaction for the user and their partner.

The nature of the ability revolves around the fulfillment of the target in a sexual capacity, which may or may not involve pleasure, pain, or other sensations. In some cases, it may even involve the negation of these sensations, so long as this still results in the satisfaction of the partner. Completion of this task may involve any number of other abilities or talents and can range from natural to supernatural. The sensations induced are partially voluntary and partially involuntary. For example, they can induce pleasure in someone who is not expecting or desiring it, as well as meet individual requests with skill and competency. In more extreme cases, they may create, induce, or reveal new desires that the partner never even realized they had. 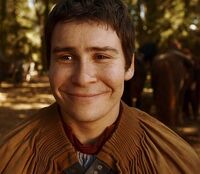 Podrick Payne (Game of Thrones) had his first time with the Seven Kingdoms' greatest courtesans, who enjoyed it so much they refused any payment aside from his return.

Olenna Tyrell (Game of Thrones) was said to be so good at sex during her youth, that her sister's fiancé fell in love with her instead. 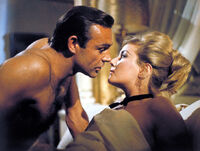 James Bond (James Bond) is infamous in the spy business for his ability to sometimes turn a villain's top henchwoman into an ally, or gain impressive cooperation from female witnesses. 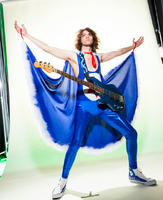 Danny Sexbang (Ninja Sex Party) possesses sexual powers and a libido so powerful, he has liberated entire abstinent civilizations through his own sexual shenanigans.

Despite being a virgin, Kimihito Kurusu (Monster Musume) is incredibly skilled at pleasing female Liminals, even through accident or non-sexual means.

Despite being out of practice, Osiris (Hybrid × Heart Magias Academy Ataraxia) still knows how to pleasure a man and taught Kizuna a few lessons about sex. 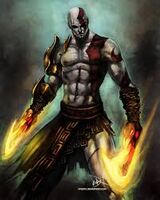 Geralt of Rivia (The Witcher) always had amazing success with the ladies, to the point of strongly attracting Philippa Eilhart, a centuries old elite sorceress, ice-cold political mastermind... and notorious lesbian.

Known for his fiendish manwhoreing, Fernando (Greasy Moose) is a force to be reckoned with.
Add a photo to this gallery
Retrieved from "https://powerlisting.fandom.com/wiki/Sex_Specialist?oldid=1621479"
Community content is available under CC-BY-SA unless otherwise noted.