Alisha Daniels (Misfits) can cause others to become attracted to her through touch.

Induce sexual arousal in others.

The power to induce sexual arousal, bliss, and pleasure in others. Sub-power of Sexuality Manipulation, Indomitable Sexuality, and Tantric Manipulation. Variation of Emotion Inducement and Mental Inducement. Not to be confused with it's darker variation of Lust Inducement. Opposite to Chastity Inducement.

The user can induce sexual arousal in others to make them lustful and crave sexual interaction. This power may work with both genders, their sexual interest and people of any age.

Bo Dennis (Lost Girl) use her Succubus Touch to seduce and manipulate others to her advantages.

Eros/Cupid's (Greco-Roman Mythology) can trigger sexual desire on others by his arrows.

Happy (Happy!) The Happy Horse was able to make everyone in a hospital he looked at to have sex with each other. 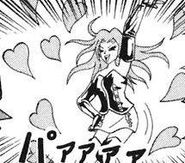 LOVE's (Bobobo-bo Bo-bobo) Dark Fist of Sexy revolves around her using her sensuality and sex-appeal to seduce and attack her opponents. 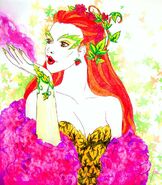 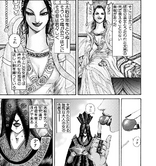 When Hida Kizuna (Hybrid × Heart Magias Academy Ataraxia) starts doing Heart Hybrid, his Heart Hybrid Gear Eros will cause his partner(s) to get sexually excited at a quicker rate, making them more willing to go farther with him. 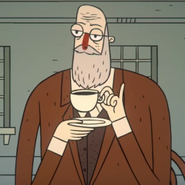