Perceive, contact, and bargain or control the spiritual world.

"It is of the first order of importance to remember this, that the shaman is more than merely a sick man, or a madman; he is a sick man who has healed himself, who is cured, and who must shamanize in order to remain cured."
― Terence McKenna

The ability to perceive, contact, and bargain or control the spiritual world. Variation of Faith Magic. Pure version of Spiritualism. Users of this power are known as Shamans.

User can perceive, contact, and bargain or control the spiritual world through shamanism.

Even before going into what a shaman is and does, one has to understand shamanistic worldview, which is based on the premise that the visible world is pervaded by invisible forces and/or spirits which affect the lives of the living, the elements and nature in general. Thus everything/anything either has or has potential to gain awareness and/or consciousness. Secondly, there are several levels of existence, worlds of the mortals being one of them. Others include the Underworld, where the dead go, and the Upperworld, where great spirits/gods live.

A shaman is someone who has both ability and training/knowledge to both perceive the spirits and their effects and how to contact and manipulate them, either by bargaining, tricking, or forcing them to abide by the shaman's will. Thus the users main ability is how to contact the spirits and how to send their spirits outside to roam the world or enter other levels of existence. By manipulating the spirit-world, shamans can direct the spirits use of their abilities and powers for their behalf in a vast variety of ways. In fact, there isn't much that a skilled shaman with patience and right contacts in the spirit world can't do, as long as they are willing to pay the price.

Spirits themselves have vast variety of abilities, but some of the more common include:

Some may be able to:

The knowledge of shamanism dates back as far as ancient times and every culture as a version of the practice. Even today, It is a well-known practice of guidance and development for Neo-Pagans.

Suzaku Himejima (Highschool DxD) is the most powerful and talented Shinto Shaman the Himejima Clan has produced, having been chosen as the guardian of the Vermilion Bird the Spiritual Beast of Fire at the age of 15.

Byakko Shinra, Seiryu Kushihashi and Genbu Doumon (Highschool DxD) are powerful and talented Shinto Shaman chosen to be the guardians of their clan's respective Sacred Beasts at a young age. 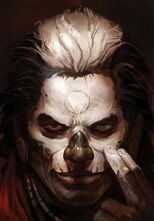 Nightwolf (Mortal Kombat) is a known shaman, along with being a fighter.

Deedlit (Record of the Lodoss War) is an adept elven shaman.

Asakura Hao (Shaman King) is the strongest Shaman in all existence.

Like Hao, Yoh Asakura (Shaman King) is an Onmyoudo Shaman.

Lyserg Diethel (Shaman King) is a genius in Dowsing and spiritualist. 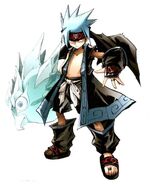 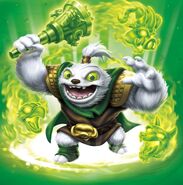 Zoo Lou (Skylanders) is a powerful shaman, who can communicate with nature and summon the spirits of animals. 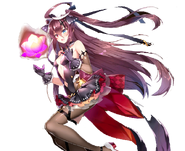 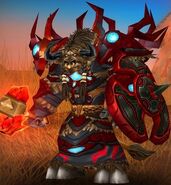 Tauren are naturally gifted in the art of Shamanism (Warcraft Series)

Shaman (Valkyrie Crusade)
Add a photo to this gallery
Retrieved from "https://powerlisting.fandom.com/wiki/Shamanism?oldid=1686459"
Community content is available under CC-BY-SA unless otherwise noted.