Viktor Krum's (Harry Potter and the Goblet of Fire) partial transformation into a shark.

Use the traits of sharks.

"Lesson one on sharks: Great Whites are always hungry!"
― Ripster

"You stood no chance. With the bite of a shark, a dragon of ice shall sink beneath the waves."
― Tier Harribel (Bleach)

The power to use the abilities of sharks. Variation of Fish Physiology.

User with this ability either is or can mimic/transform into sharks. 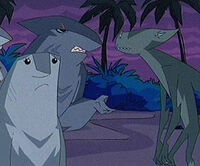 Razor the Shark (Archie's Sonic the Hedgehog), a Mobian shark.

Blade the Shark (Archie's Sonic the Hedgehog), a Mobian shark.

Shark Man (DC Comics) takes the form of a shark with a human body. 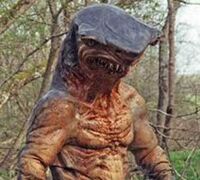 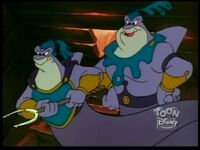 Kisame Hoshigaki (Naruto) merging with his Samehada, to become a chakra-draining shark-human.

Samehada (Naruto) is a sentient sword that lives up to its namesake, shark skin. 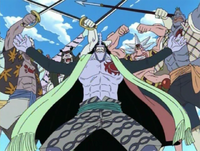 Arlong (One Piece) is a sawshark fishman, with immense strength, unbreakable saw-nose, and infinite shark teeth. 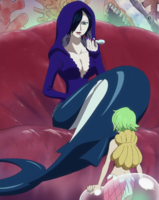 Shyarly (One Piece) is a shortfin mako shark mermaid.

Charlotte Praline (One Piece) is a hammerhead shark mermaid.

Hody Jones (One Piece) is a great white shark fishman, and being overdosed on Energy Steroids made him even more deadly. 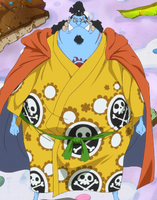 Shark Fujishiro (Seto No Hanayome) is a shark merman. 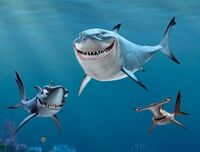 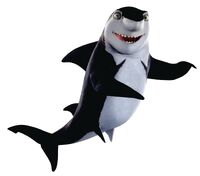 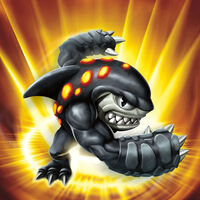 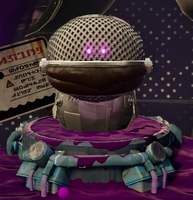 The Ravenous Octomaw's (Splatoon) design is based on a shark. 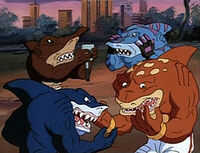 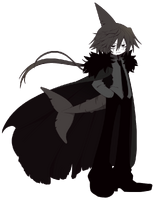 Sal/Syakesan (Wadanohara and the Great Blue Sea) Though don't get fooled by his appearance... 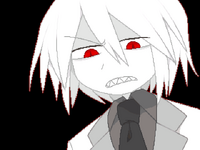 ...Cause he's actually a salmon shark. 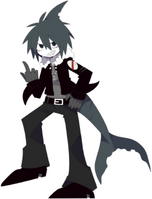 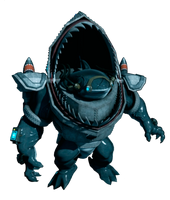 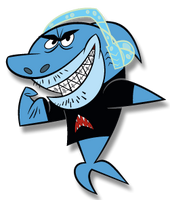 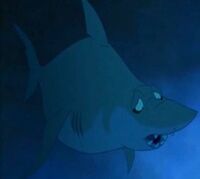 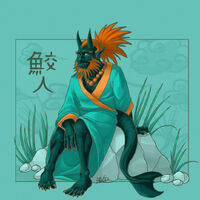 Though vicious, Mershark (Monster Girl Encyclopedia) can be surprisingly timid lovers once courted. 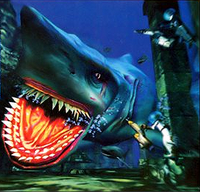 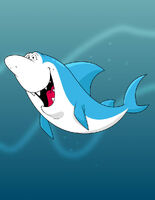 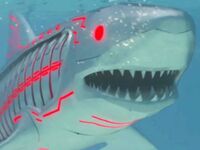 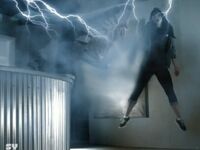 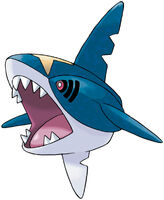 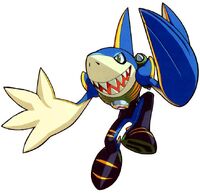 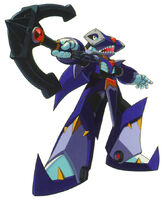 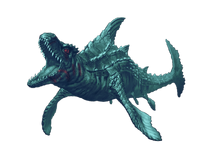 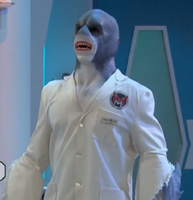 Dawg (Mighty Med) was an ordinary shark who mutated into a man-shark to a full human being after Oliver accidently gave him a genetically modifying formula that was in special treat box. 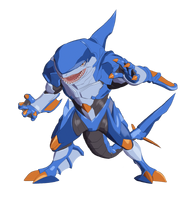 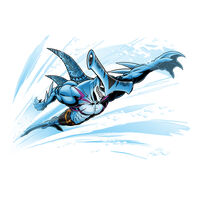