Amaterasu-ōmikami, Goddess of the Sun and Universe.

Have the traits and powers of the Deities of Japan.

Power to use the traits and powers of Shinto Deities. Variation of Transcendent Physiology.

The user has access to the abilities of the Shinto Deities. 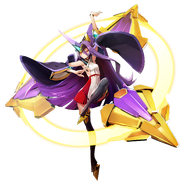 Hades: Izanami (BlazBlue) is the personification of death in the BlazBlue universe. She is also the physical embodiment of Amaterasu's Drive. 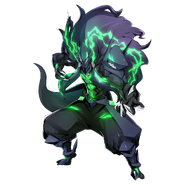 Takehaya Susano'o (BlazBlue) is the god of destruction in the BlazBlue universe, Amaterasu's younger brother and the true identity of Yuuki Terumi.

Sakuyamon (Digimon) is a godly Digimon based upon the Shinto deity Sakuya-hime. 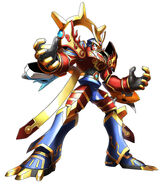 Susanoomon (Digimon) is a godly Digimon based upon the Shinto deity Susanoo. 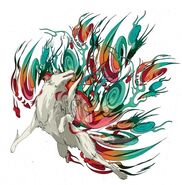 Amaratsu (The Wicked + The Divine)
Add a photo to this gallery
Retrieved from "https://powerlisting.fandom.com/wiki/Shinto_Deity_Physiology?oldid=1004583"
Community content is available under CC-BY-SA unless otherwise noted.