The Silent (CardCaptor Sakura) can remove anything that makes noise from around her.

The power to manipulate the lack of all sound. Variation of Absent Energy Manipulation. Opposite to Sound Manipulation.

User can create, shape and manipulate silence, absence of noise/sound. 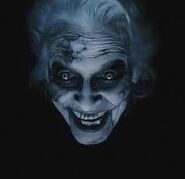 Any time Mary Shaw (Dead Silence) is near, everything except her victim goes completely silent.

Molly (Epithet Erased)'s epithet is called "Dumb", one of its abilities allows her to create a dome of silence around her.

Donquixote Rosinante (One Piece) using the powers of his Nagi Nagi no Mi to prevent sound from leaking into or out of his field.
Add a photo to this gallery
Retrieved from "https://powerlisting.fandom.com/wiki/Silence_Manipulation?oldid=1416138"
Community content is available under CC-BY-SA unless otherwise noted.