Use traits of a simurgh.

The power to use traits of a simurgh. Variation of Divine Beast Physiology and Mythical Avian Physiology.

User with this ability either is or can transform into a simurgh, (also spelled simorgh, simorg, simurg, simoorg, simorq or simourv), a benevolent, mythical bird in Iranian mythology and literature. Originally described as a dog-bird, peacock with feathers the color of copper, with the head of a dog and the claws of a lion – later it was shown with either the head of a man or a dog. It is gigantic enough to carry off an elephant or a whale. Being part mammal, she suckles her young and has teeth.

The simurgh is inherently benevolent and unambiguously female. It has an enmity towards snakes, and its natural habitat is a place with plenty of water. Iranian legends consider the bird so old that it had seen the destruction of the world three times over. The simurgh learned so much by living so long that it is thought to possess the knowledge of all the ages. In one legend, the simurgh was said to live 1,700 years before plunging itself into flames (much like the phoenix).

The simurgh was considered to purify the land and waters and hence bestow fertility. The creature represented the union between the Earth and the sky, serving as mediator and messenger between the two. 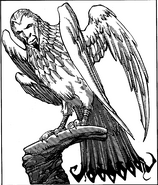 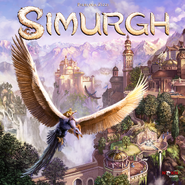 Simurgh (Simurgh Boardgame)
Add a photo to this gallery
Retrieved from "https://powerlisting.fandom.com/wiki/Simurgh_Physiology?oldid=1323615"
Community content is available under CC-BY-SA unless otherwise noted.