Brook (One Piece) the Gentleman Skeleton

Become a skeletal being.

"A walking skeleton, the basic frame of the human body, can inspire more fear in the common man than an excessively armed soldier or knight."
― Jacob Deegan, Dominic Deegan

"I Am Dead and Skeletonized Book!! It's a Pleasure!!!"
― Brook to the Straw Hat Pirates (One Piece)

The power to take the form of a living skeleton. Variation of Undead Physiology. Not to be confused with Bone Mimicry.

The user with this ability either is or can transform into a skeleton, a type of physically manifested undead often found in fantasy, horror fiction, and mythical art. Though most are human skeletons, they can also be from any creature or fantasy race found on Earth or in a fantasy world.

Users with this power lack physical weaknesses, such as pain, need to rest, vulnerability to environmental effects, etc. Biological functions available to the skeleton vary but most are gone, remaining such as sight, smell, hearing, and touch are done through mystical means even if they lack the necessary organs to do so.

Being only bones, they tend to be more fragile than other undead, but their relatively small body-mass may make actually hitting them a problem. They are often fast and agile, which is justified by their low weight. Most are mindless and rather low-level opponents, but others are not only sentient but very powerful indeed.

When people die, their souls become Calaca (Mexican Folklore), skeletal beings that return to the land of the living on the Day of the Dead to celebrate with their still-living loved ones.

Souls that go to the Land of the Remembered appear as Calaca (The Book of Life) bearing skeletal anatomies with markings along their bodies that reflect the festive nature of the world.

Gravelord Nito (Dark Souls) is made out of many skeletons. 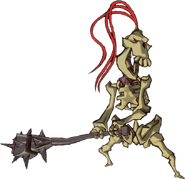 Stalfos (The Legend of Zelda)

Stalmaster (The Legend of Zelda) 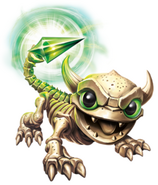 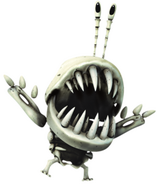 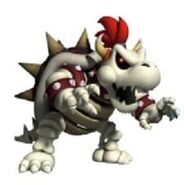 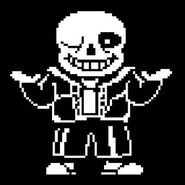 The Skeleton (Monster Girl Encyclopedia) are curious and rather docile lovers with bodies surprisingly soft for such brittle structures. 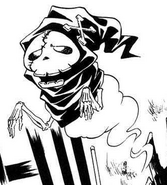 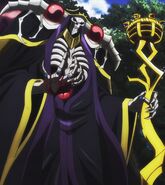 Jack Skellington (The Nightmare Before Christmas)
Deed Goy.png
Deed Goy (TF2 Freak) is an undead Skeleton.
Add a photo to this gallery
Retrieved from "https://powerlisting.fandom.com/wiki/Skeleton_Physiology?oldid=1288293"
Community content is available under CC-BY-SA unless otherwise noted.