Cole (Charmed) puts Paige to sleep while disguised as Piper.

"Be condemn to the eternal sleep. And thus, the fools shall sleep for eternity"
― Lavinia Reni (Highschool DxD)

"The World doesn't need to move in the right path anymore. It is better off asleep forever in the Infinite Tsukuyomi!!"
― Madara Uchiha (Naruto)

"I wish you unpleasant dreams, mug...courtesy of the Sandman!!"
― Wesley Dodds/Sandman (DC Comics)

The power to cause other beings to fall asleep. Sub-power of Sleep Manipulation. Variation of Mental Inducement. Opposite to Awakening and Insomnia Inducement. Not to be confused with Sedative Inducement.

User can cause organisms to fall asleep, whether instantaneously or more naturally. The user can make people fall asleep by telling them or put them in a sleep-like trance, making them dream of their greatest fantasies or experience they're worst nightmares.

Mystogan (Fairy Tail) can use his Staff Magic to easily put entire towns to sleep.

Charles Xavier (X-Men: First Class) possesses this and many other mental abilities.

…and Venonat are two of the Pokémon that can use sleep powder. 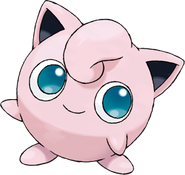 Jigglypuff (Pokémon) has the ability to sing cutely and causes everyone hearing her to fall asleep.

Somnibot (Power Rangers Zeo) has the ability to sing and cause everyone hearing her to fall asleep.

Since Zatch’s spells (Zatch Bell!) are so strong but his mind is weak, each time he uses a spell he passes out.

Even before eating the chakra fruit, Kaguya Ōtsutsuki (Naruto) could put people into sleep…

…she used the Infinite Tsukuyomi to trap the world into an everlasting slumber, by inducing them into a dream based on their deepest desires.

The Temple of Nirvana Technique, notably performed by Kabuto (Naruto) is a genjutsu created to induce a deep slumber in the form of feathers. 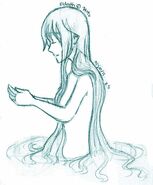 As both the goddess and embodiment of peace, Eldath's (Forgotten Realms) only method for defending herself is causing a deep dreamless state of sleep to the aggressor.

Sylvester (Epithet Erased)'s epithet is "Drowsy", one of its abilities include inducing sleep onto others with golden dust he generates.
Add a photo to this gallery

Retrieved from "https://powerlisting.fandom.com/wiki/Sleep_Inducement?oldid=1432933"
Community content is available under CC-BY-SA unless otherwise noted.